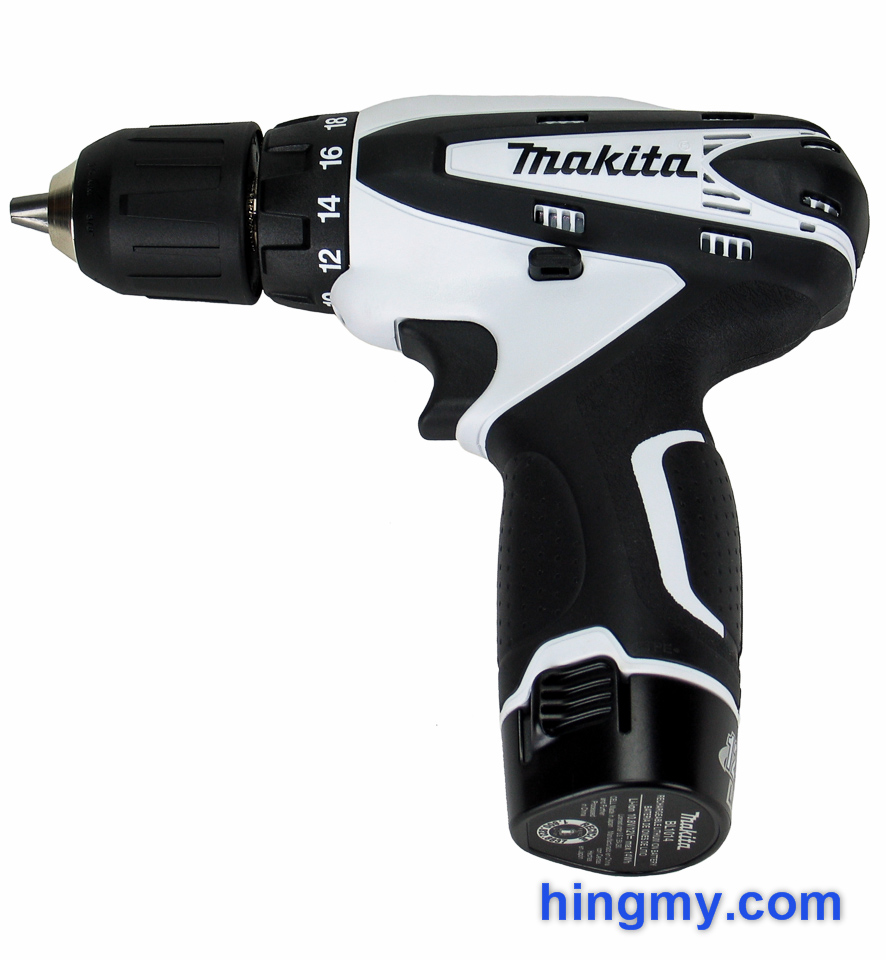 The Makita FD02W drill/driver found its way into our shop as part of a larger kit. The specs place it far behind the leaders in the category and limit any attention it might get from reviewers and customers alike. That does not mean, however, that the FD02W is a poor power tool. Let's take a look at the Makita FD02W and find out how well it performs in the Hingmy workshop.

The FD02W follows Makita's alternate black&white color scheme. The hard plastic white shell of the drill is covered with a layer of black rubber in strategic places to both provide a non-slip grip and to protect the tool and the surface it rests on from damage. The grip is surprisingly hefty for such a small power tool. The drill lies very comfortably in the operator's hands. Users with small hands may want to look elsewhere. Thanks to the low weight and excellent balance, it is easy to position the drill and to guide it during the drilling process.

The entire tool down to the battery feels like a cohesive unit. The bottom of the battery and other parts of the tool can be used as a light-duty dead-blow hammer without taking damage. The FD02W can take a fall or two of a table, but you'll have to get lucky for the tool not to get damaged when you drop it during a roof install.

The trigger has a long usable range. Selecting and holding a speed level takes little effort. The motor reaches its top speed 3/4 into the full range of the trigger, which is an average result. The direction selector switch is smaller than it is on most cordless drills. The switch works well, but gets stuck every once in a while. On a driver this would be a significant issue. On a drill that spends most of its life running in one direction it is merely an annoyance.

The FD02W is a two-speed model. A slider switch on top of the drill selects between the two speed ranges. The switch locks into position with authority and can be used while wearing gloves. The lower of the two speed ranges limits the driver to 350 rpm; the higher to 1,300 rpm. The higher range is usable up to a bit diameter of 1/4". Larger bits have to be run at the lower speed for the drill to develop enough torque to drive the bit.

8 ft-lbs
No Data: 7
powered by Hingmy.com 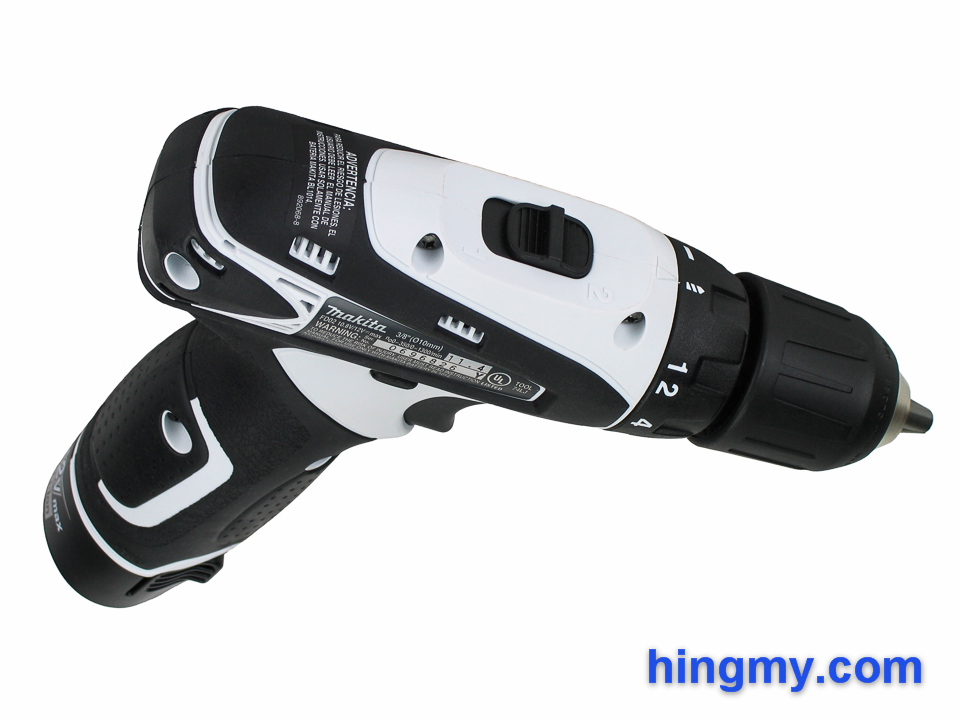 The FD02W is equipped with a plastic covered 3/8" friction chuck. If the chuck were any larger the motor would be too weak to drive the larger bits. The chuck can be tricky to tighten down enough to secure large bits. The motor simply does not produce enough torque to do so. If you do not take your time to secure the bit in the chuck, the bit will come lose while you are doing work.

The friction chuck is paired with a 18+1 position clutch. Each setting of the clutch is meaningful and distinct from its neighbors. The settings in the lower range of the clutch trip at very low torque levels making this drill/driver a good choice for delicate work. Setting 16 sinks a three inch screw into construction grade lumber without tripping. The remaining two trip on higher levels of torque.

The work light of the FD02W is installed above the trigger. It comes with all the limitations of such a placement. The barrel of the tool casts its shadow on the entire area above the tool. The impact point of the drill bit gets covered in darkness when the chuck of the tool gets within 3 inches of the work surface.

The light comes on when the trigger is pulled ever so slightly, and turns off 10 seconds after the trigger is released. The LED emits bright white light that illuminates the area right in front of the drill/driver quite well. 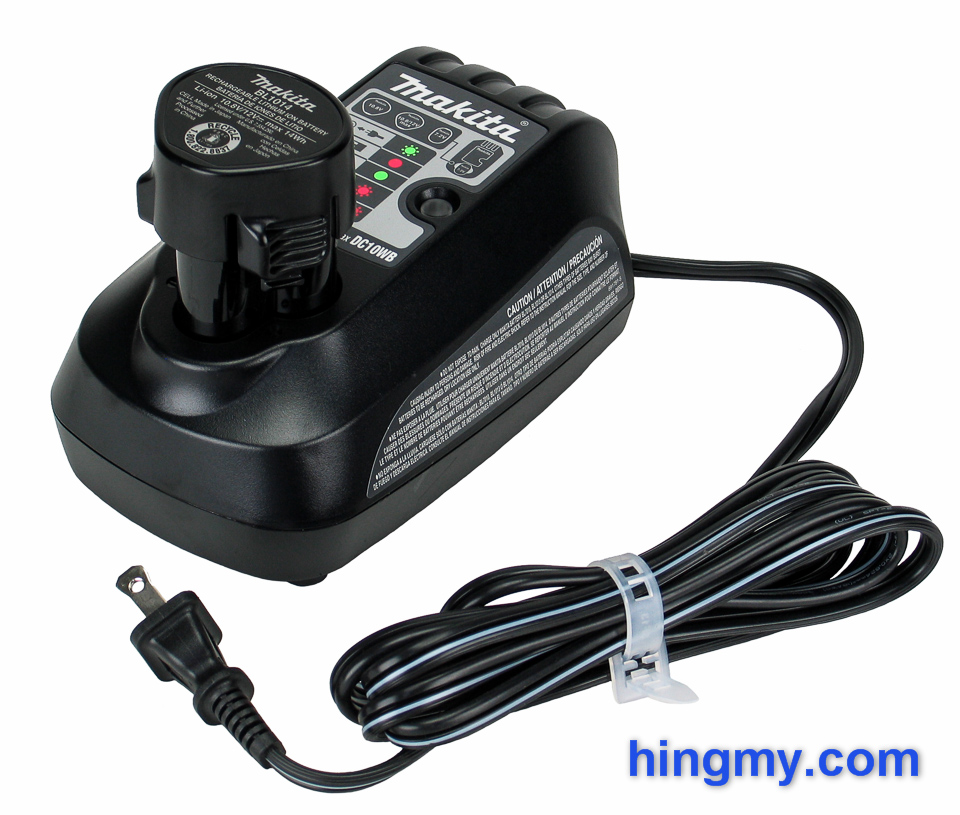 Makita's 12V battery and charger challenge the competition for the top spot in the category. Both are well made, durable, and functional. The charger restores a dead battery to a full charge in under 30 minutes. Under normal conditions this means the spare battery will be ready to go before the one installed in the drill/driver dies. A single, two-color LED indicates what the charger is doing at any given time. Just wait for the bright green light to come on, and the battery is ready to go.

The tool selection in Makita's 12V system is fairly limited compared to the competitions'. All offerings in the series are compact, light weight, light-duty tools. They are a good fit for anyone who needs a professional level of performance, but only has a few tasks for the tools to complete on any given project.

The FD02W is very much a light-duty tool. Drilling performance is excellent when drilling holes smaller than 1/4". In this scenario the higher speed range can be used to get the work done at speed. Performance falls of a cliff soon thereafter topping out in low gear with a 3/8" bit installed. The motor is barely able to power this bit through construction grade lumber. Progress is slow, but within acceptable limits, if you only have a few holes to drill. The bit seizes every now and then, if you are not careful.

If you are doing most of your work with bits smaller than 1/4", the FD02W will be a great performer. Its low weight and small size allow it to get the work done faster than larger drivers. If you use bits even marginally larger than that, the FD02W will quickly reach its point of failure.

On the other hand the FD02W performs surprisingly well as driver. It completes our standard 3 inch fastener driving test in a respectable amount of time. The excellent low-torque performance of the clutch make the FD02W a great choice for assembly work, or any task where a precise, low amount of torque is needed. Naturally this limits the drill/driver to fasteners smaller than 1-1/2 inch long.

Installing small bits in the deep friction chuck can be difficult. I recommend using a hex adapter with the FD02W when driving screws.

Endurance in both drill and driver modes is excellent when doing light-duty work. The motor simply draws too little power to drain the battery at an accelerated rate. The FD02W will drill upwards of 100 small holes and driver more than 100 small screws before the battery needs a recharge. The handle of the tool warms up considerably when operating near the FD02W's limits. We aborted our endurance test fearing the motor would burn up before we complete the test.

Overall the FD02W is a very limited tool. You need to stay well within its usage range for the drill/driver to produce adequate results. Move beyond the range even a little and the tool will respond with poor performance, a hot grip, and the smell of an imminent overload. The FD02W won't see the end of the workday, if you mistreat it.

Around the house the FD02W can be a superstar. Sometimes it has to stretch itself a little, but it can take care of just about any small task around the house. Just don't use it on large projects.

Some of the kit versions of the FD02W include a very stylish metal carrying case. Neither waterproof nor stackable the metal case is not the best option for the jobsite, but it is a very good looking way to store the FD02W and the other tools in the kit. Generous padding, robust to a level only found in strong boxes for camera gear, keeps your tools safe from damage during transportation. 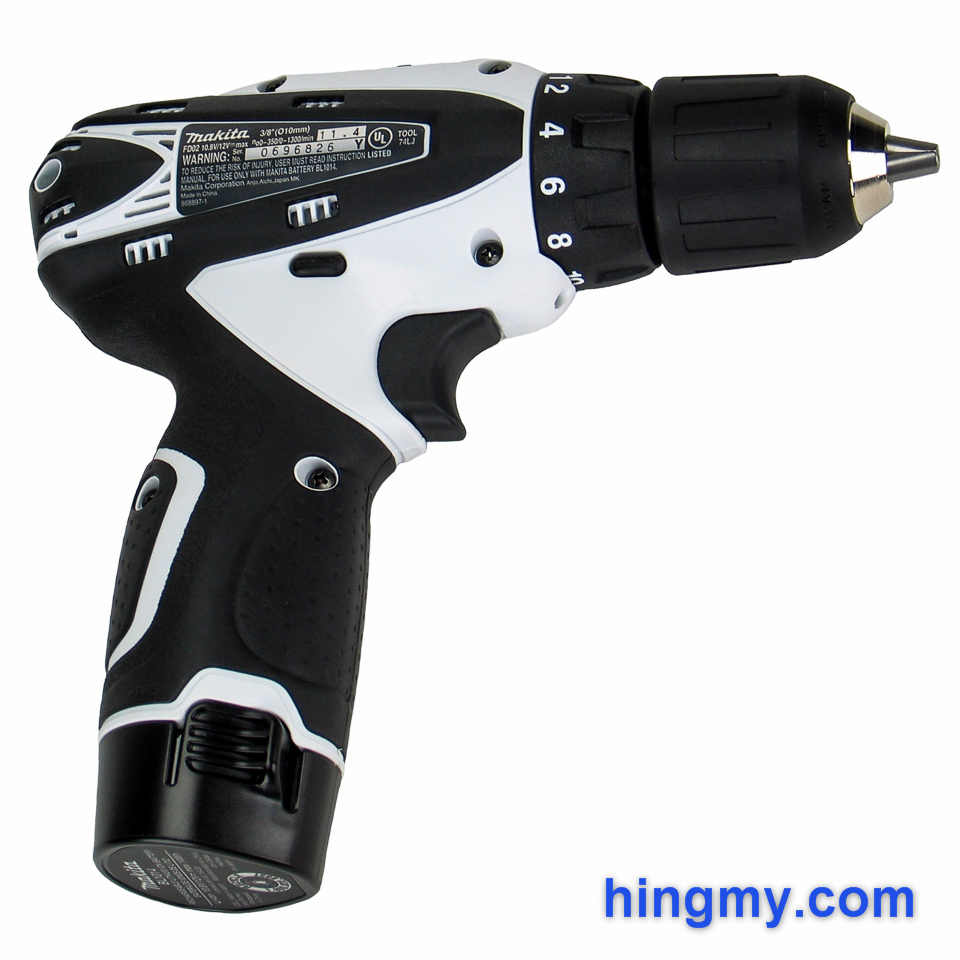 The Makita FD02W is a well-built, small drill/driver that works best when used for light-duty work. It drills holes up to a diameter of 1/4" with precision and speed. Performance drops of steeply soon thereafter. The tool tops out at a hole diameter of 3/8". The FD02W can drill these holes in one pass, but it won't do it at speed and with grace.

The excellent 18+1 position clutch makes the FD02W a good choice for assembly work. The drill/driver can seat screws at precise torque levels. If you need to drive fasteners longer than 1-1/2", you are better of investing in a dedicated impact driver.

The single most limiting factor of the FD02W is the battery it is using. There are simply too few good power tools that share a battery with the FD02W. The competition offers much more mature tool lineups in the 12V category. That being said, the FD02W can still be a good drill/driver, if you stay within its usage range. Homeowners will like it; professionals can do better.