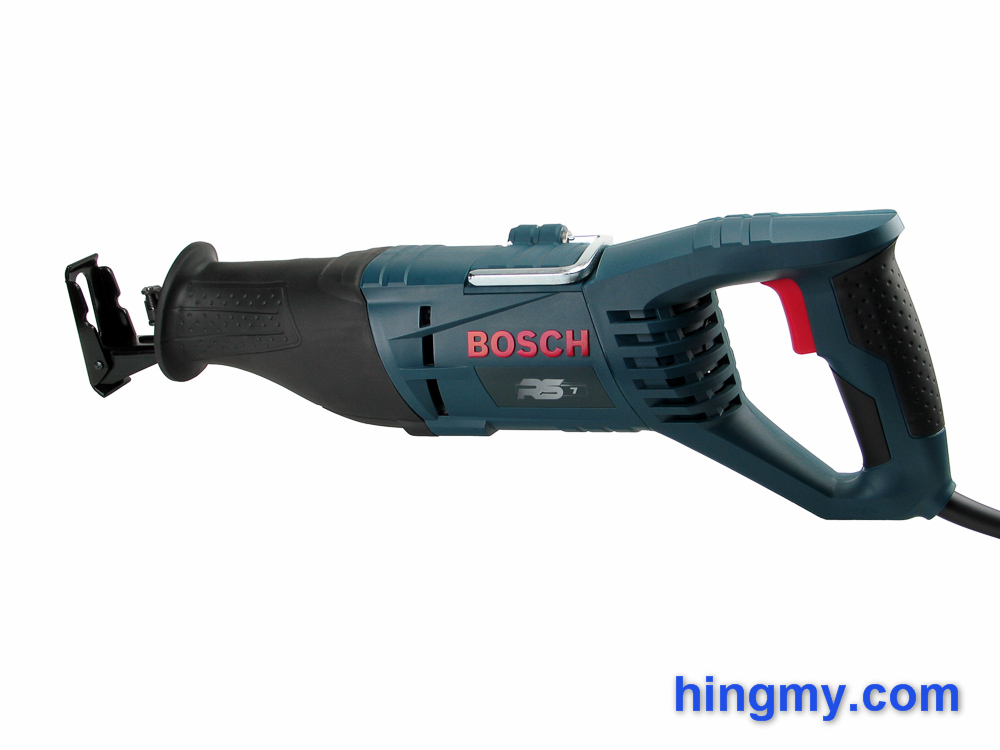 One of the most important aspects of reviewing tools for the community is finding tools that not only perform, but also don't break the bank. No one wants to overpay and use an industrial tool for a small project. The Bosch RS7 is a hot contender for being a great steal. It comes with the Bosch name, good stats, and a very attractive price. Let's take a look at what the RS7 brings to the table.

The RS7 reciprocating saw is an entry-level demo saw. On the spec sheet it plays second fiddle to the full-size saws. The level of performance the saw leaves on the table is reflected in a lower price. The RS7 is a cheaper alternative to a full size saws.

As far as recip saws go, the RS7 could not be more plain looking. Everything is where you'd expect to find it. The standout is the remarkably comfortable forward grip. It has an aggressive taper to it making it just the right size for a wide range of hands. The beak like tip of the saw helps to get the saw into tight places. 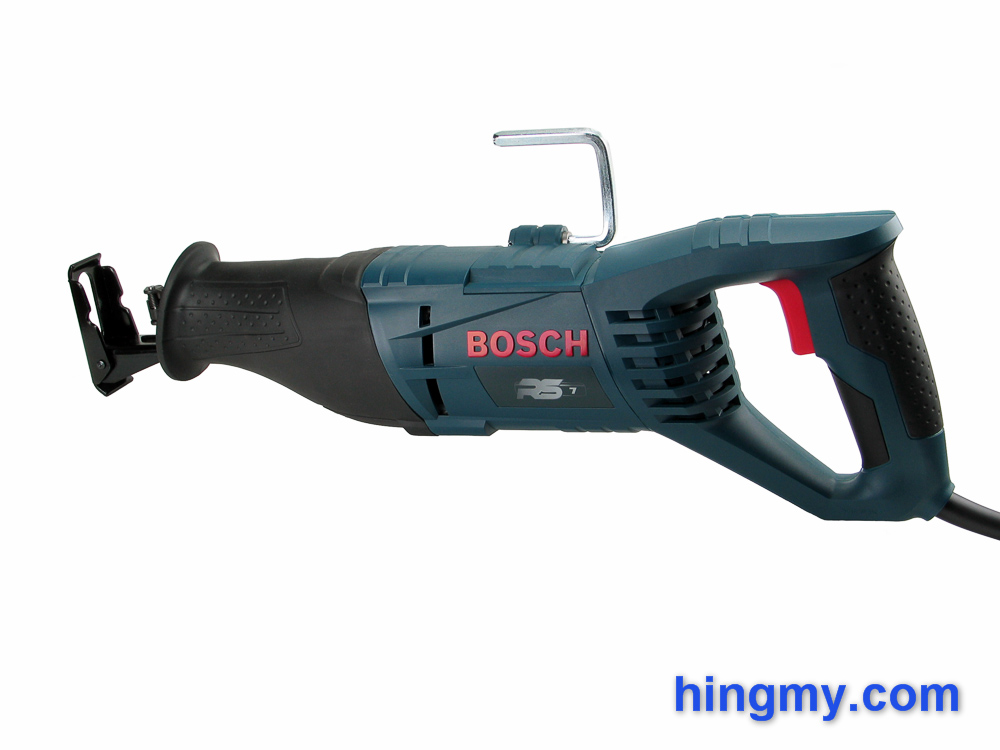 A variable speed trigger on the rear handle controls the speed of the saw. The saw's minimum speed is rather fast, but the slow starting nature of the motor makes starting cuts still reasonably easy. Most of the time, however, you'll be using this saw with a wide open throttle. When it's time to stop you'll discover that the RS7 has no motor brake. When not in contact with a work piece the blade takes a few extra strokes after the trigger is released. The energy stored in the gears needs to escape.

The RS7 has not active vibration dampening features. Nevertheless it produces very little vibration for a saw of this power level. You can let this saw cut away at the air for a few minutes without getting the shakes. Bosch has done an excellent job designing and building this saw. The RS7 runs smoother than any budget saw we have ever tested. 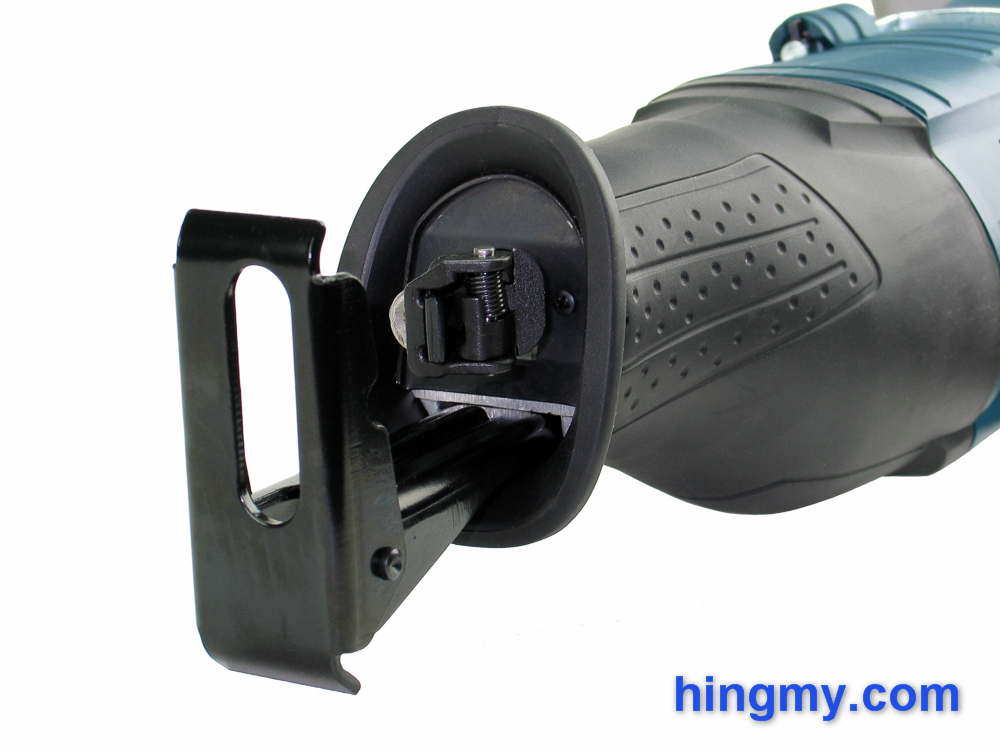 The blade mount of the RS7 is lever actuated. The user simply has to push the lever forward to unlock the blade. A spring returns the lever to the locked position. The mechanism holds the blade securely for demo level cuts, but allows some side to side movement. Bosch could take a page out of the competition's design guidelines and color code the lever as a user control. The current black metal finish blends right into the blade mount mechanism. After you have owned the tool for a few hours and know your way around the saw, you'll probably laugh at this line as something only a reviewer could care about.

What does matter, however, is that the blade can only be installed with the teeth facing up or down. There is no rotation built into the blade mount. You'll have to rotate the saw, if you want to make angled cuts. 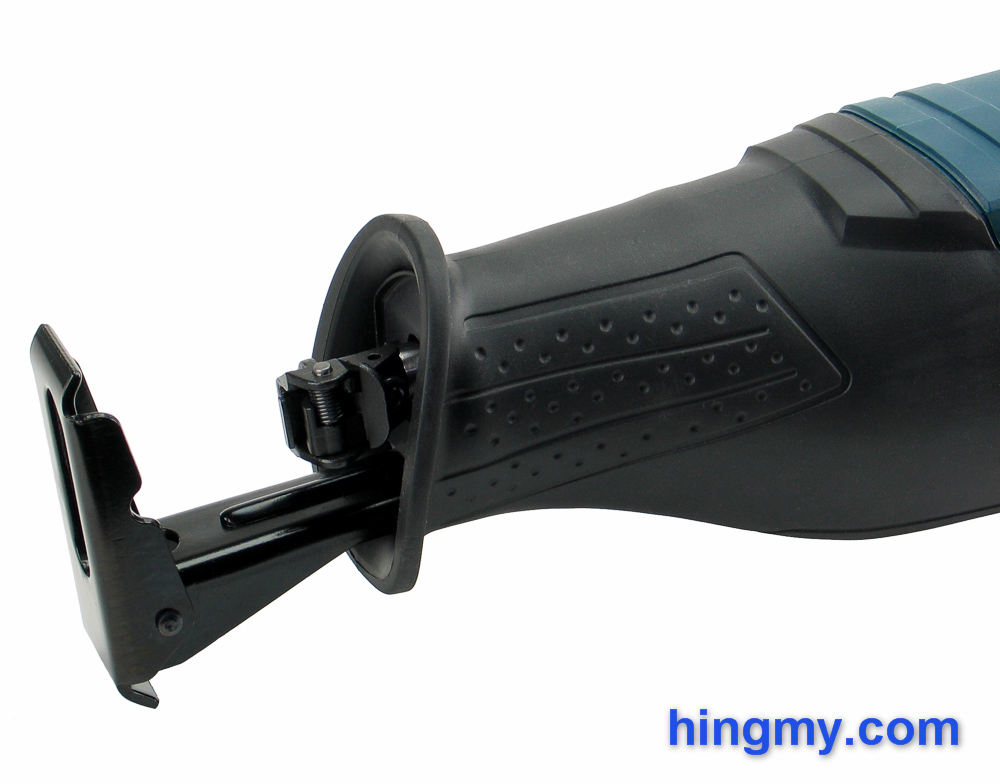 The foot of the saw is adjustable. It moves in an out to adapt to blades of different length. Two screws in the bottom of the forward grip hold the foot in place. They can be loosened in the field with the Allen wrench stored in the rear grip. This is a neat feature not found on all recip saws. Not only does it help with blades of different length, it also helps exposing a fresh area of the blade when you are cutting small stock like conduit. The Allen wrench can also be used to remove the blade mount, but If you do that in the field something has truly gone wrong.

The hook at the top of the saw is particularly well design. It is spring loaded to lock into one of three positions. When retracted is stays out of the way and tight to the saw. The hook does not rattle no matter how hard you work the saw. It pulls out with one hand and securely attaches the saw to a 2x4. Made from thick metal the hook in not only stylish, but also nearly indestructible. This design is one of the better ones. Not-there when you don't want it, and ready-to-go in a second. We'd like to see this hook on some of the other Bosch power tools.

The saw is equipped with an LED light in the tip just below the blade arm. The light comes on as soon as the saw is plugged in. It illuminates the area right in front of the blade with bright white light. Unfortunately the base plate casts a very large shadow right over the area you want to see. Having the light on certainly helps, but this solution is not the ideal one yet. We'll probably see a better design in newer models. 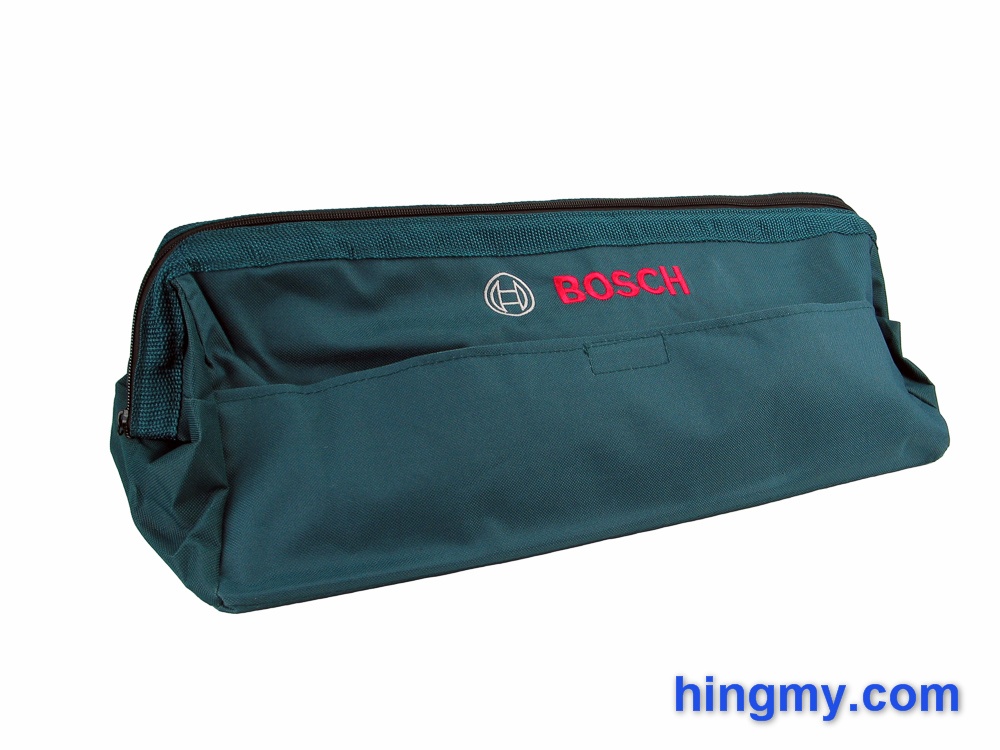 The RS7 comes with a canvas bag that is meant to protect your saw as you transport it to the jobsite. It clearly keeps the elements always and prevents one or the other ding, but it does little to make your saw easier to handle. The world has moved on for tool bags to hard tool cases that are a part of a storage solution. I for one, don't understand how I am supposed to store my blades, which have sharp edges, in a cloth bag along with the saw that I want to keep them away from.

I am sure very little of the price of the saw has gone into this bag. If you like tool bags, Bosch included one for you. I'd chuck mine in an instant.

The RS7 is the little guy in Bosch's recip saw lineup. Stepping up gets you progressively stronger motors. Cuts will flow faster as the saws get heavier. The big boy in the lineup, the RS428, is particularly interesting due to its active vibration dampening mechanism.

The RS7 is a very smooth saw. It spins up gradually, settles into a smooth cutting rhythm, and takes its time to spin down again. Like with any recip saw, there are vibrations to contend with. The RS7 uses its good build quality to reduce vibration at its source. The saw's vibration dampening properties put all but saws with active systems to shame. The RS7 is truly a pleasure to use.

The 1 1/8" stroke of the saw combined with the 11 amp motor and 2,700 spm allow for fast cutting, but do not put the saw into contention for the title of fastest recip saw on the planet. If you use your saw for a couple of hours, the RS7 will see you to the finish line in just about the same time the larger saws do. The lower weight of the saw can offset any time it looses during a cut. If you use your saw every day of the week, you'll want a larger model.

During long projects the RS7 shows its Bosch pedigree. It might be a smaller saw, but it can hang with the big boys. This saw will work all day on the jobsite, and it'll show up every day for years. I spent a few hours cutting up an old shed with a smile on my face that can only be produced by a recip saw. When I was done it was clear that the RS7 was built to do this work all day long. 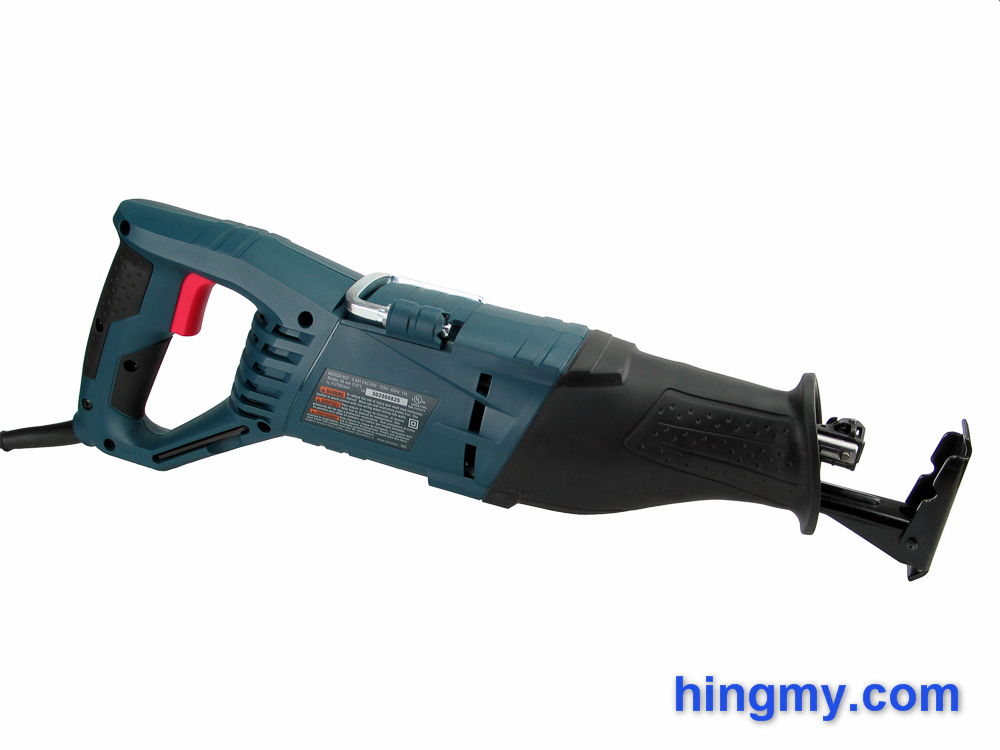 The Bosch RS7 is an entry level demo saw that is an example of how value is done right. The saw might be less powerful than the full size saws, but it is not built to a lower standard. Bosch has built a stripped down saw that will still last as long and perform nearly as well as a full priced saw. This particular blend of features is an excellent choice for anyone who uses their saw two hours or less per day. To top it all off the RS7 runs smoother than any saw without an active vibration management system we have ever tested in the shop. This saw is a hidden gem.