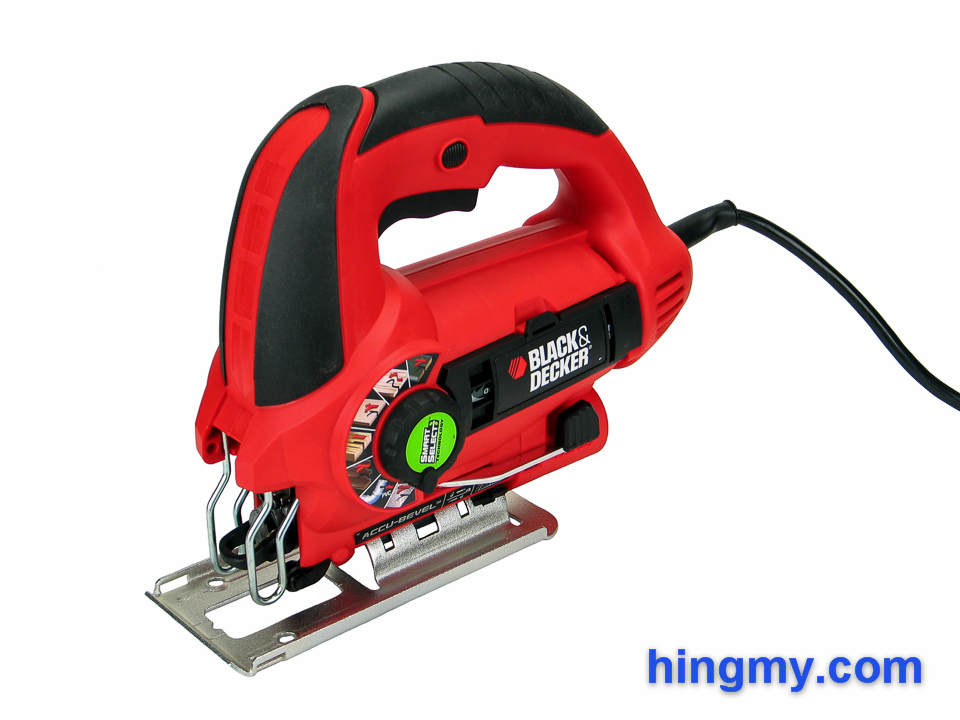 This week I picked up the Black&Decker JS660 Jigsaw in the tool department of a local super store. I figure a thorough review of this arguably basic jigsaw may help more people than the reviews I do of premium models. Let's take a look at what the JS660 can do in the Hingmy workshop, and if it is worth what little you have to pay for it.

The JS660's best tricks are its good build quality and motor. Its hard plastic case and rubber grip are comparable to those of much more expensive jigsaws. The 5 amp motor is not large by jigsaw standards, but it is powerful enough to complete most work at a reasonable speed. The saw won't break as soon as it makes its first cut either. With proper care the JS660 will last several years in a low to medium intensity environment.

Blades installed in the toolless chuck show no side-to-side movement. A spring loaded lever on the front of the chuck opens and closes it for easy blade changes. The chuck does not eject the blade when opened leaving you to rely on gravity to get a hot blade out of its jaws.

The guide roller that supports the back edge of the blade is on the under-engineered side. It is too large and poorly position to provide much support for the blade. There are no other features on the saw that help with blade tracking. The saw's poor performance in our tracking tests came as no surprise.

The JS660 can be a good basic jigsaw, if you are willing to work around a poor bevel adjustment mechanism, the comical Smart Select wheel, and excessive blade drift.

There is room behind a black flip-open cover to store three blades on the body of the saw. The cover is too flimsy to withstand heavy use, but you'll get a couple of years of use out of it.

The power cord is made of plastic instead of rubber. It kinks easily, performs poorly in cold weather, and won't last in direct sunlight. All of these issues can be forgiven, if your jigsaw only occasionally sees outdoor work.

Instead of having separate speed and orbital controls Black&Decker equipped this saw with a selector wheel. The user picks what material he or she is going to cut instead of configuring the saw. In essence each setting of the wheel dials in a specific motor speed and amount of orbital action.

In practice the system works well at first, but quickly becomes cumbersome. When you want your saw to cut faster all you can do is try one of the other settings on the wheel, none of which are marked with a speed setting. Finding a good starting speed might be a little faster for a novice, but even mildly competent users will quickly hate the Smart Select wheel.

The variable speed trigger, on the other hand, works well. The operator can control the saw's speed with slight changes in pressure on the trigger. The lock-on button is hard to reach, but works well enough. 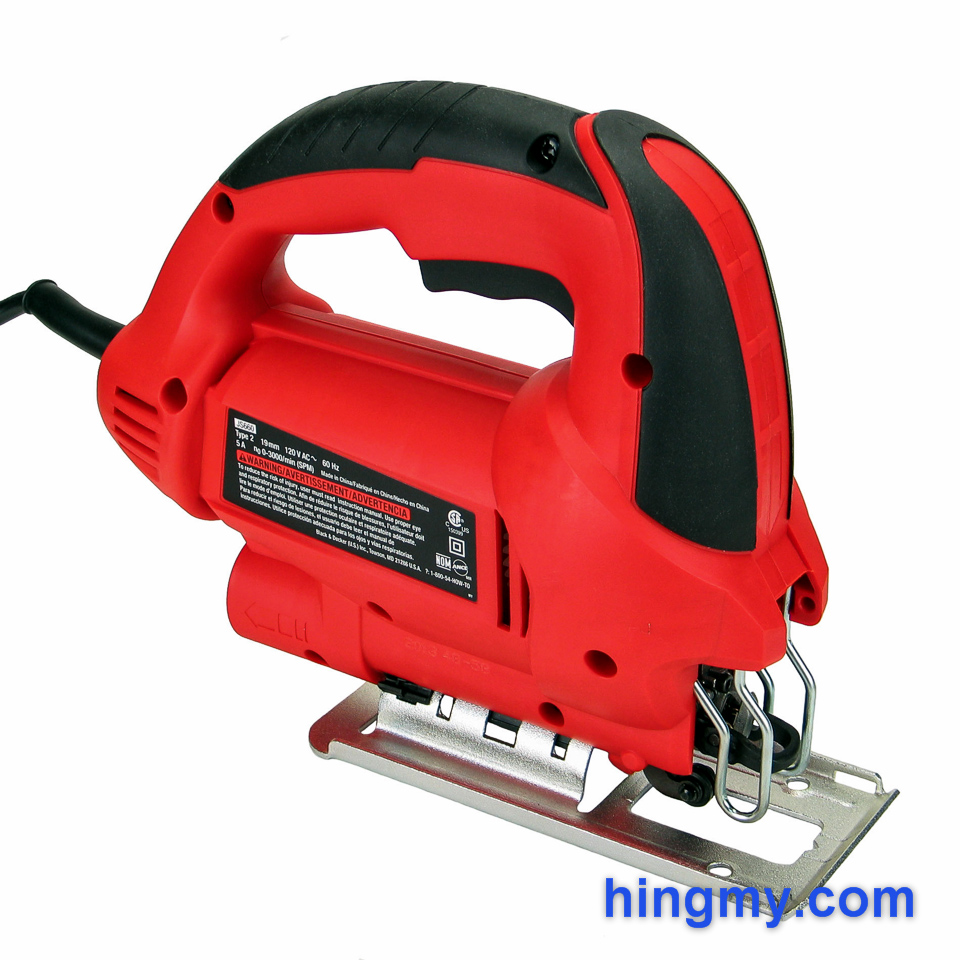 A large lever near the base of saw unlocks the base plate. The plate is now free to tilt 45 degrees to either side. Returning the lever to the locked position secure the base plate in any position across its full range. A set screw tightens the mechanism up should the plate ever come lose on its own.

Pulling the base plate back at 0 degrees engages the only angle preset this saw has. There is some play this mechanism, which limits the preset's accuracy to +/- 1/2 degree. Measuring the bevel angle at the blade is a necessity, if you are looking for accuracy.

A small window close to the lever's handle shows the bevel angle in 15 degree increments. Its readings are all but useless due to an accuracy level of +/- 5 degrees.

Setting the bevel of the JS660 without measuring the angle at the blade is asking for trouble. Having to do so at 0 degrees is particularly infuriating. On this saw you must put in the time. None of the setup features other saws have can be trusted on this one. Once configured, however, the base plate of this saw locks down just as tightly as those of the competition.

The JS660 has no active dust collection features. Dust floats in whatever direction the blade propels it in. It quickly accumulates on the base plate of the saw and around the blade. If you lean over the saw while cutting you risk getting hit in the face by the odd woodchip that got the violent treatment from a saw tooth.

The oversize 1 1/2" dust port in the rear of the saw hides much smaller plumbing in the interior of the saw. Your dust collector must suck all dust the saw produces through a 3/8 wide channel extending from the blade to the dust port. If the design of this feature is not comical by itself, the noise your shop vac makes while trying to make the system work certainly is. Dust collection improves in this configuration, but it is far from good.

In the shop the JS660 performs well when making rough cuts. The motor powers the saw through plywood and dimensional lumber at a measured but also decent pace. The operator's patience is not tested. As the material get thicker and/or harder, the saw's performance starts to drop. Hardwoods slow the jigsaw down to a pace most users would call slow.

The blade tracks poorly in all our tests. Trying to cut too quickly or taking a corner too aggressively is all it takes for the blade to drift out of square. The edges of a free flow cut executed at full speed come out anything but square. The only way to produce a square cut with this saw is to cut slowly and deliberately. With practice results become good and repeatable. Blade drift is unavoidable when using long blades.

Bevel cuts are a pain to set up and execute. Having to measure the angle at the blade every time gets tedious very quickly. The poor blade supports of the saw necessitate a slow federate for the blade to track properly. A careful user can produce perfect results with this saw, but it'll take a lot of patience to do so. 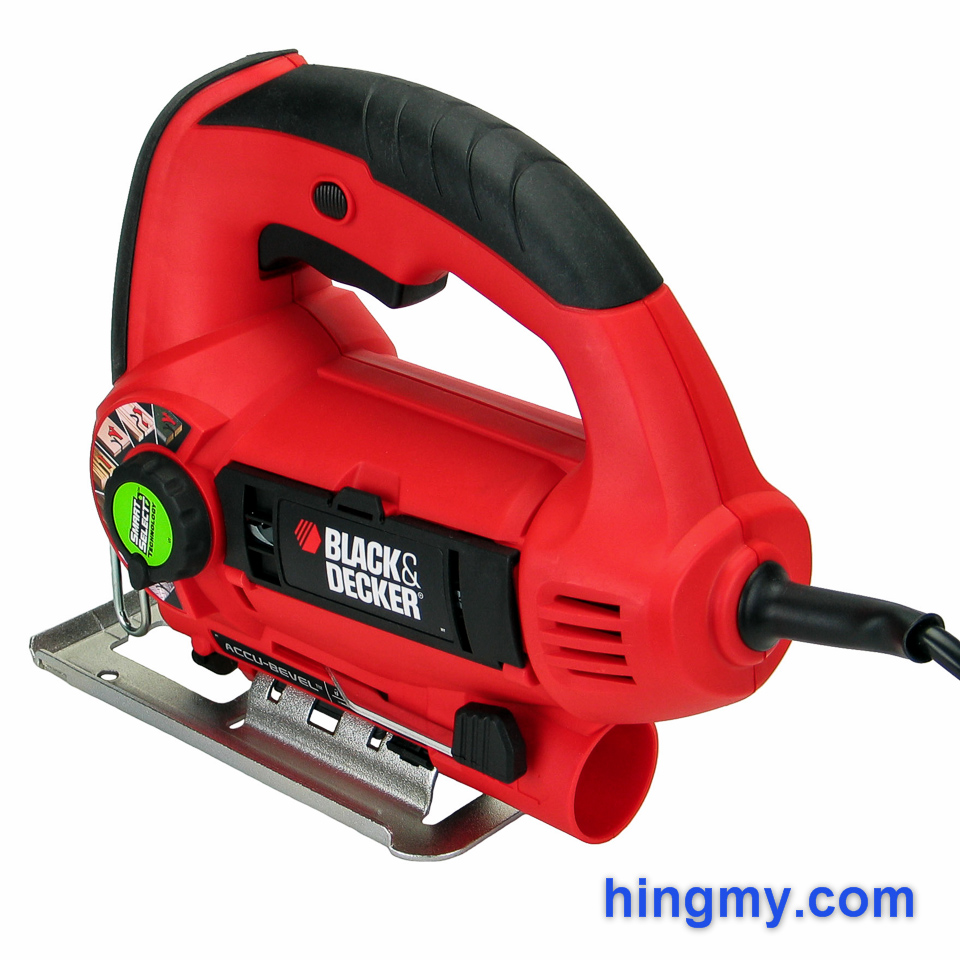 The JS660 is a saw with many flaws. The bevel angle presets are inaccurate, the blade drifts when the saw is cutting quickly, and the Smart Select wheel is anything but smart. An underpowered motor, however, is not one of them. If you are looking for a light-duty rough-cut jigsaw, the JS660 checks the right boxes. As long as you go in with an understanding of the saw's light-duty pedigree, it may be a fit for you.

In the hands of careful and attentive users this jigsaw can produce results that rival those of the best jigsaws on the market. If you are willing to make the many compromises needed to get this saw to perform, the JS660 can be a good saw for very little money.