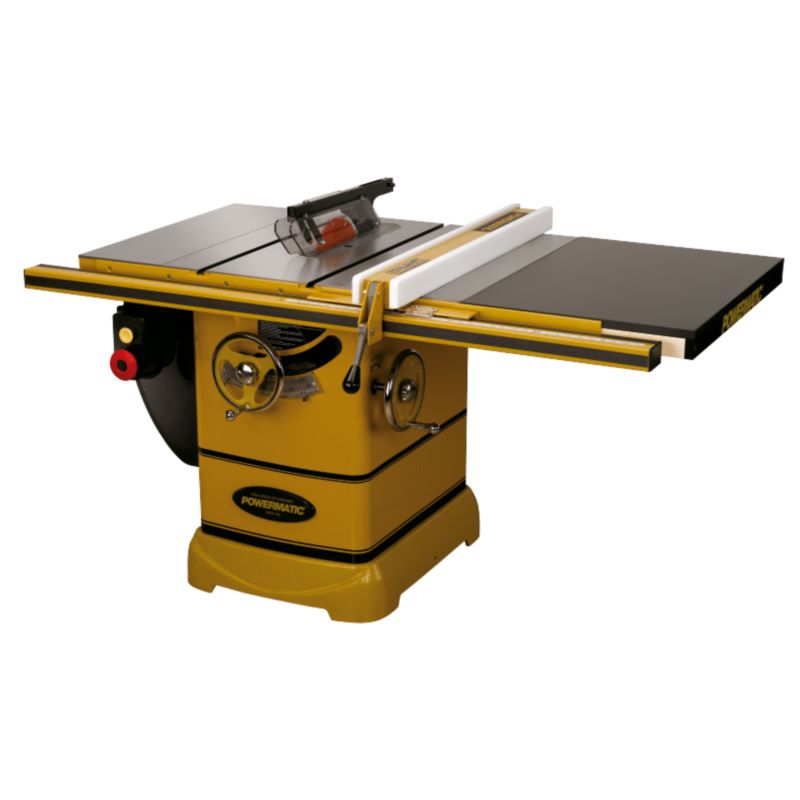 "Before we get started let's take a moment to talk about shop safety..." you probably know where this one is from. Norm's right, you have to understand how to operate your power tools safely. Safety glasses and hearing protection are the basics of safety. On the table saw, however, they won't be enough.

Table saws have an exposed blade. Most injuries occur when hands or fingers touch the blade. You might think that it's easy enough to keep your hands away from the blade, but every person injured will tell you they thought it was easy too. Make sure to follow the following rules:

The second most common source of injuries is kickback. Kickback occurs when a part of the work piece catches the blade. The blade then launches the work piece at the operator. Kickback has many sources, some of which you can easily avoid.

The table saw does not have to be a dangerous tool. If you think about what you are going to do before you use it, it will be easy to perform a safe cut. The blade guard that come with your saw are typically junk. Most woodworkers remove them.

I advocate replacing the guard with a ceiling mounted guard. Gordon Sampson built a nice example: DIT Overarm Balde Guard for the Table Saw. The ceiling mounted guard is by far the easiest guard to use, because it never gets in the way of things. Simple and convenient things get used. Do yourself a favor and look into getting an after market blade guard.