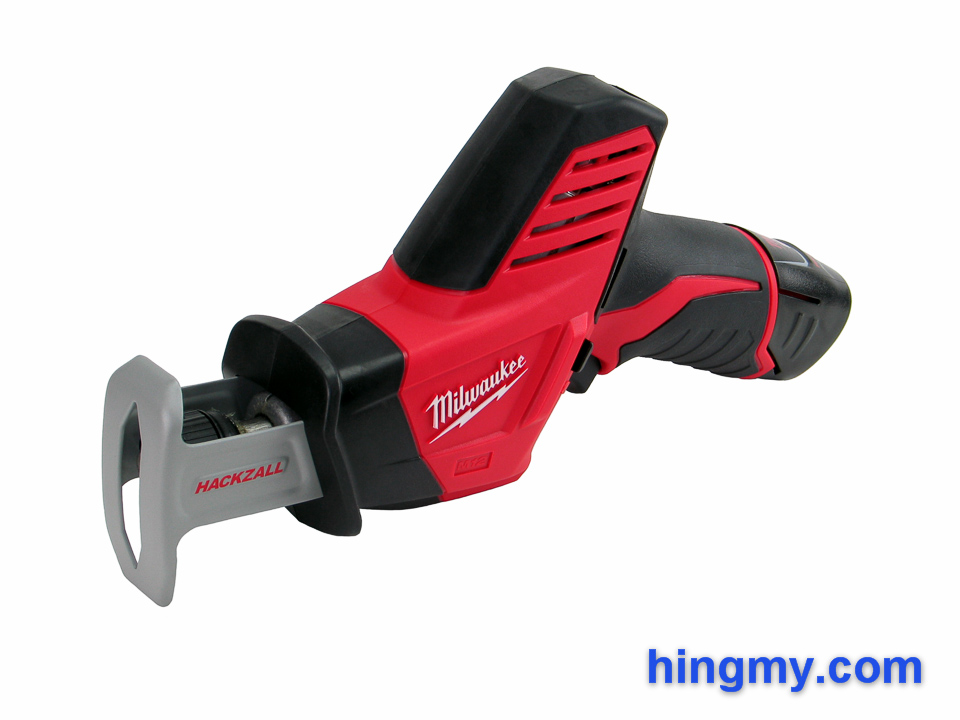 The Milwaukee 2420 is a small form factor recip saw made for use on the job site by plumbers and electricians. In a scenario where the user makes infrequent, relatively fine cuts a small cordless reciprocating saw can shine. The small size of the saw is not only easier to handle in tight spaces, it is also much easier to bring to the job site in the first place and carry around all day. The best trick the 2420 has to offer is its ability to be always around you.

The 1/2" stroke and 3,000 rpm top speed are matched to the saws small size. This is a saw made for small, fine cuts. It'll do heavy demo work too, but work will go significantly slower than it does with a full-size saw. Vibrations can also be problem when the bite the saw takes gets too large for the puny weight of the saw. It is best to use the 2420 recip saw for what it was intended for. 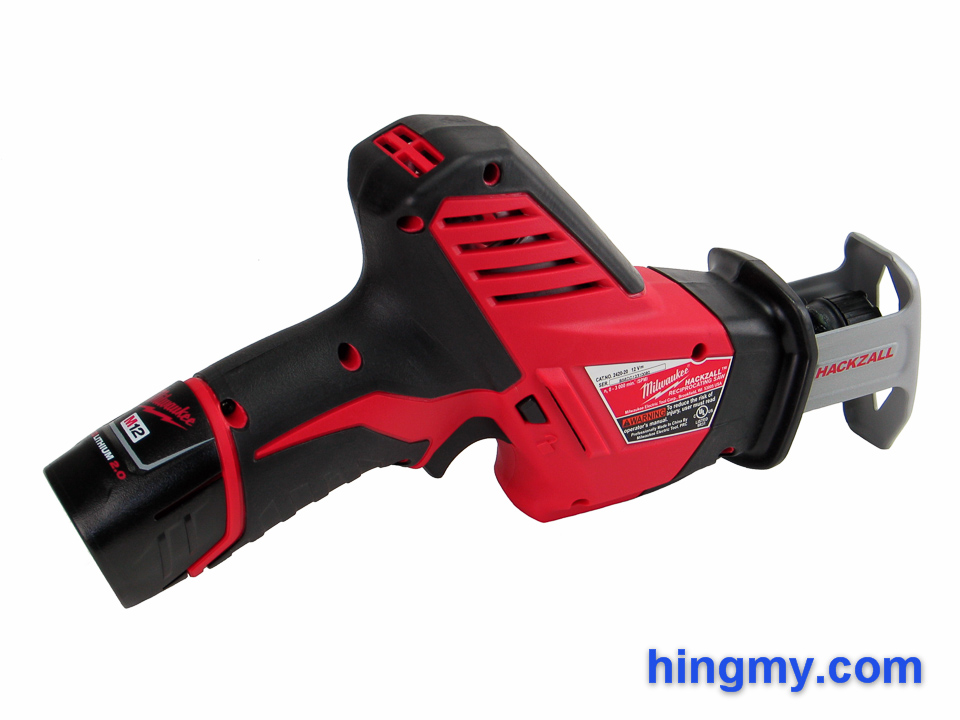 The variable speed trigger contributes a lot to the 2420's versatility. It is very sensitive, yet also controllable. It is very easy to get the saw going at just barely a stroke a second. This feature makes it possible to get the cut started in a controlled fashion. A through-the-body style thumb switch functions as a guard for the trigger. With the guard engaged the trigger is locked preventing accidental tool activation.

Like all Milwaukee recip saws the 2420 uses a keyless system to secure the blade. The user has to rotate a metal ring at the tip of the blade arm to release and to install the blade. This system could not be any easier or sturdier. The blade can be installed with the teeth pointing either upward or downward. There is no mechanism to rotate the blade or to install it sideways, like there is on other saws.

The blade arm is protected by a rigid metal cage and the guide plate at the front of the saw. The guide plate does not pivot like it does on most recip saws. The slightly rounded plate mounted on this saw is a better choice for a small saw, which can be hard to control with a pivoting guide plate. The entire assembly is coated in an anti-friction coating to allow the saw to glide over the work piece. The coating is hard wearing and creates just the right amount of friction on wood and metal.

To match features found on other saws, Milwaukee equipped the saw with an LED light. When the user pulls the trigger ever so slightly the light comes on and illuminates the area right in front of the saw blade. The light turns off when the trigger is released. Unfortunately the guide plate blocks most light from ever reaching the cut. What little makes it through barely manages to illuminate the cutting area. The LED on this saw is usable, but you'll curse every time you depend on it.

The 2420 is equipped with the same four LED battery gauge found on all new Milwaukee tools. The gauge lights up whenever the trigger is pressed. The four dots of light give a fair indication of where the battery charge level is at, but offer little utility on a tool that is used one cut at a time. Rarely will you ever swap out a battery because the gauge told you so. 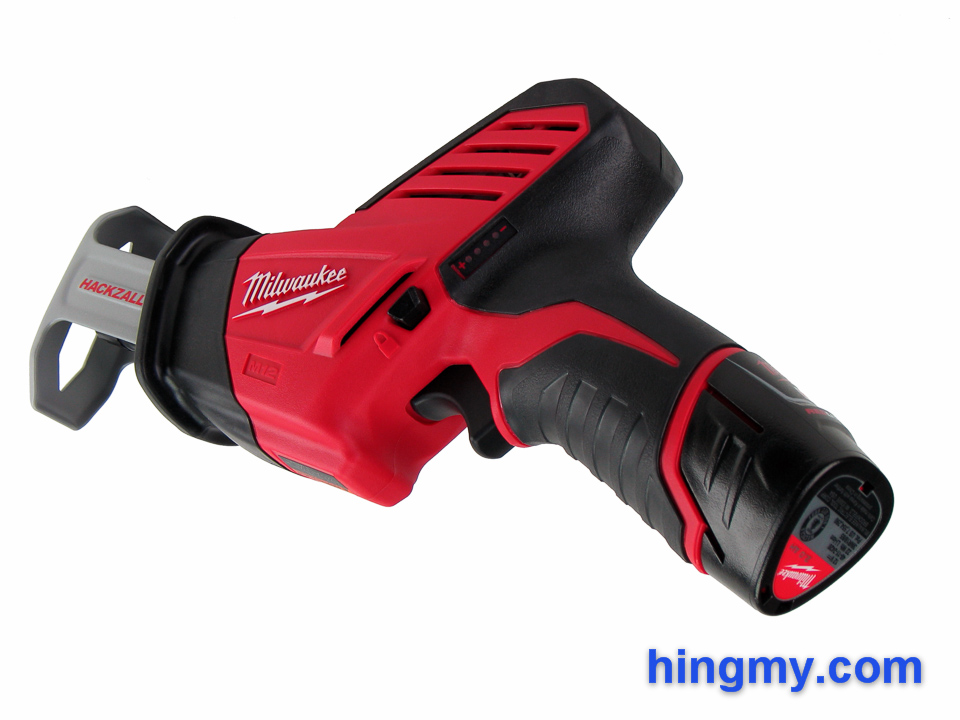 The 2420 nears perfection as a tool for the homeowner. It is easy to use, easy to store, and ready to go on a whim. Whenever you need something made smaller, the 2420 is the tool for the job.

As a tool for gardening the saw is totally unintimidating. Someone who has never used a power tool can pick this saw up and make cuts. The variable speed trigger allows the user to cut at his or her pace, and the cordless nature of the tool gets the saw to the project without trouble. With this tool you'll never encounter a tree limb you cannot cut with ease.

Equipped with a pruning blade this saw is an arborist's dream. The benefits that come from being easy to handle trump the higher cutting power that larger saws have. The 2420 has enough power to drive even full-size pruning blades, but it'll slow down significantly doing so.

What holds for the homeowner, holds for the trades. If you don't see yourself wearing out a battery during one of your typical workdays, you should consider the 2420. You'll get a full featured, adequately powerful saw that is significantly smaller and easier to carry. Milwaukee did not skimp of quality either. The 2420 is a commercial quality tool that will perform on the job site.

The 2420 recip saw is part of the the excellent M12 battery from Milwaukee. Built around a small 12V battery this line includes some of the best small-size power tools on the market. The design philosophy seems to have been to make the tools smaller, but not necessarily any weaker. In some cases the designers have succeeded at this goal in spectacular ways.

The 2420 sits in the middle of the small reciprocating saw market. The Bosch PS60 is a close competitor that matches it almost feature by feature. Milwaukee itself offers a more power 18V model, the 2625, intended for more rugged work. The entry level saws below the 2420 are intended mostly for home use.

The small size, motor, and battery define how the 2420 performs in the field. It is a pleasure to use when making small cuts, and struggles mightily on large ones. Equipped with a demo blade the saw had no problems cutting through a 2x4 spiked with a couple of nails. The saw slowed a little seemingly wanting to indicate that it is nearing its cutting limit. Surprisingly a pruning blade and a 4x4 did not stop the saw. Cutting speed slowed down even more, but the saw made it to the other end of the cut. The 2420 can be used for large cuts, if you bring enough patience.

Pushing a metal blade through copper tubing seems to be the sweet stop for the 2420. The variable speed trigger gets the cut started exactly where is should be, and motor powers the saw through the cut at a decent speed. The small size of the 2420 make the cut extremely controllable, not like anything possible with a full-size saw.

Around the house the 2420 is a star. Whenever something needs to be made smaller the 2420 comes out. Nothing can withstand its power. The saw's size makes it the saw that gets used over the full-size saw sitting in the tool cabinet. 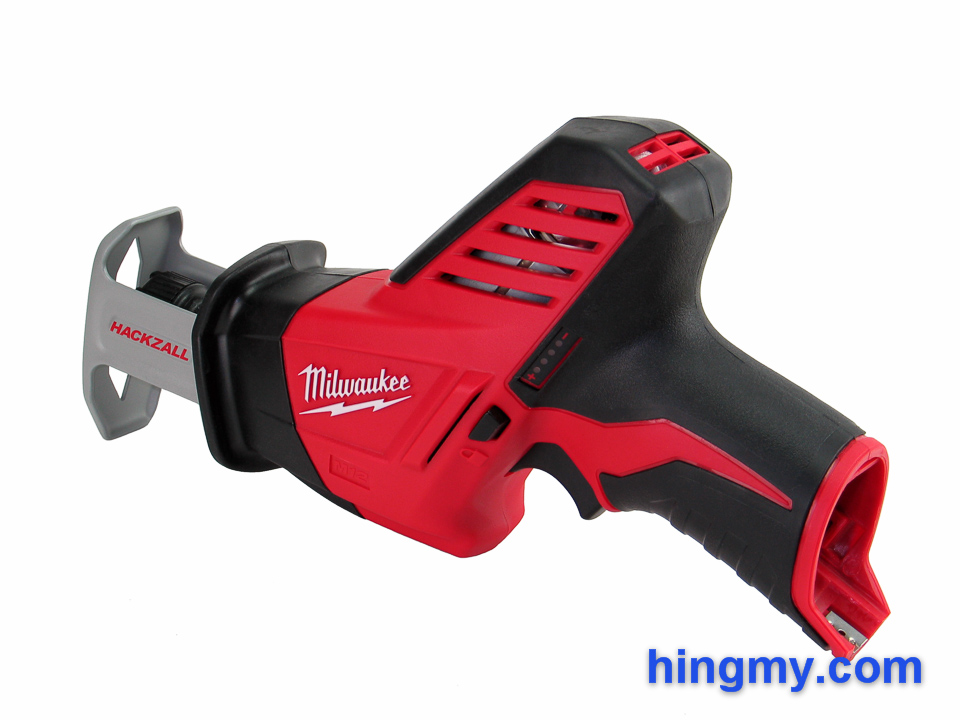 The Milwaukee 2420 recip saw is one of those tools makes things possible that were not before. With it no branch in your garden is too large to cut. On the job site that one cut you have to make every half hour gets done that much faster. The utility of a small, cordless recip saw cannot be underestimated.

In addition to being useful the Milwaukee 2420 is also very well built. It is a commercial quality tool that will last a long time on the job site. Not really good at demolition the saw is best for trades people who make a few cuts at a time. You can buy this tool without reservation. This is one of those tools you'll use regularly at home and at the job site.