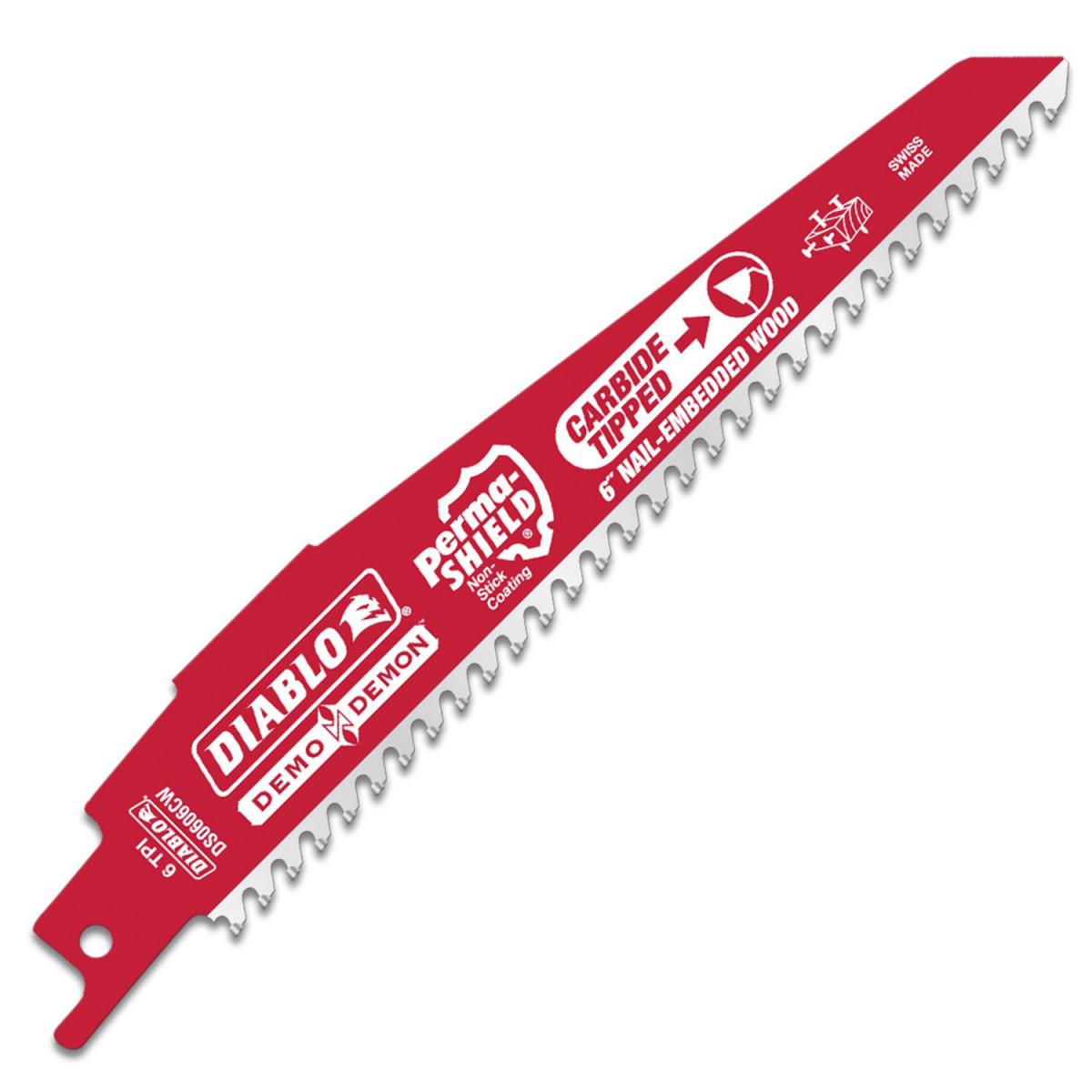 No single reciprocating saw blade can cut every type of material. The most important thing to do is to purchase a blade that is rated for the material you want to cut. Trying to make a cut with the wrong blade will either dull and ruin the blade in only a few seconds, or make the work progress painfully slow (up to 10 times slower).

Manufacturers print large icons of the materials a blade can cut on the packaging. These icons, however, only indicate that the blade can cut a certain material, not that it is particularly good at it. Several other factors combine to determine a blade's cutting ability. 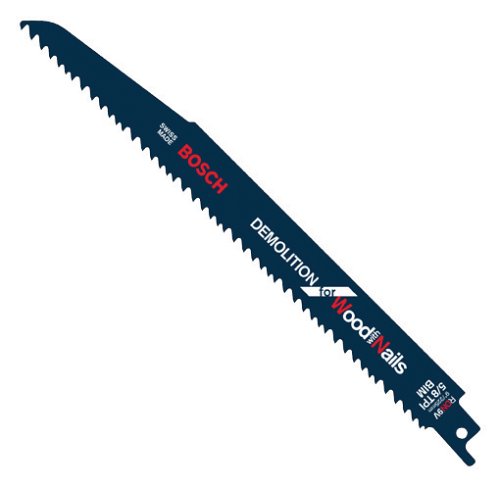 The number of saw teeth per inch of blade primarily changes how fast the saw cuts. Blades with fewer, larger teeth cut faster than blades with a lot of small teeth. A blade with a lot of teeth, however, will leave behind much cleaner surfaces near the cut. Each tooth takes a much smaller bit out of the material. This reduces tearout and makes ridges less pronounced.

The TPI of reciprocating saw blades ranges from 3 to 18. Blades in the 3-8 TPI range are best used for making rough cuts in wood. Pruning blades often have a very low TPI. 8-14 TPI blades are capable of cutting wood and the occasional nail. Demo blades fall into this category. 14-18 TPI is the range of metal cutting and finish cut blades. The blades cut slowly, but leave being a very smooth edge.

Variable Tooth blades are not inherently better than standard blades. If you want to avoid frequent blade changes and are in hurry, a variable tooth blade is a good choice. 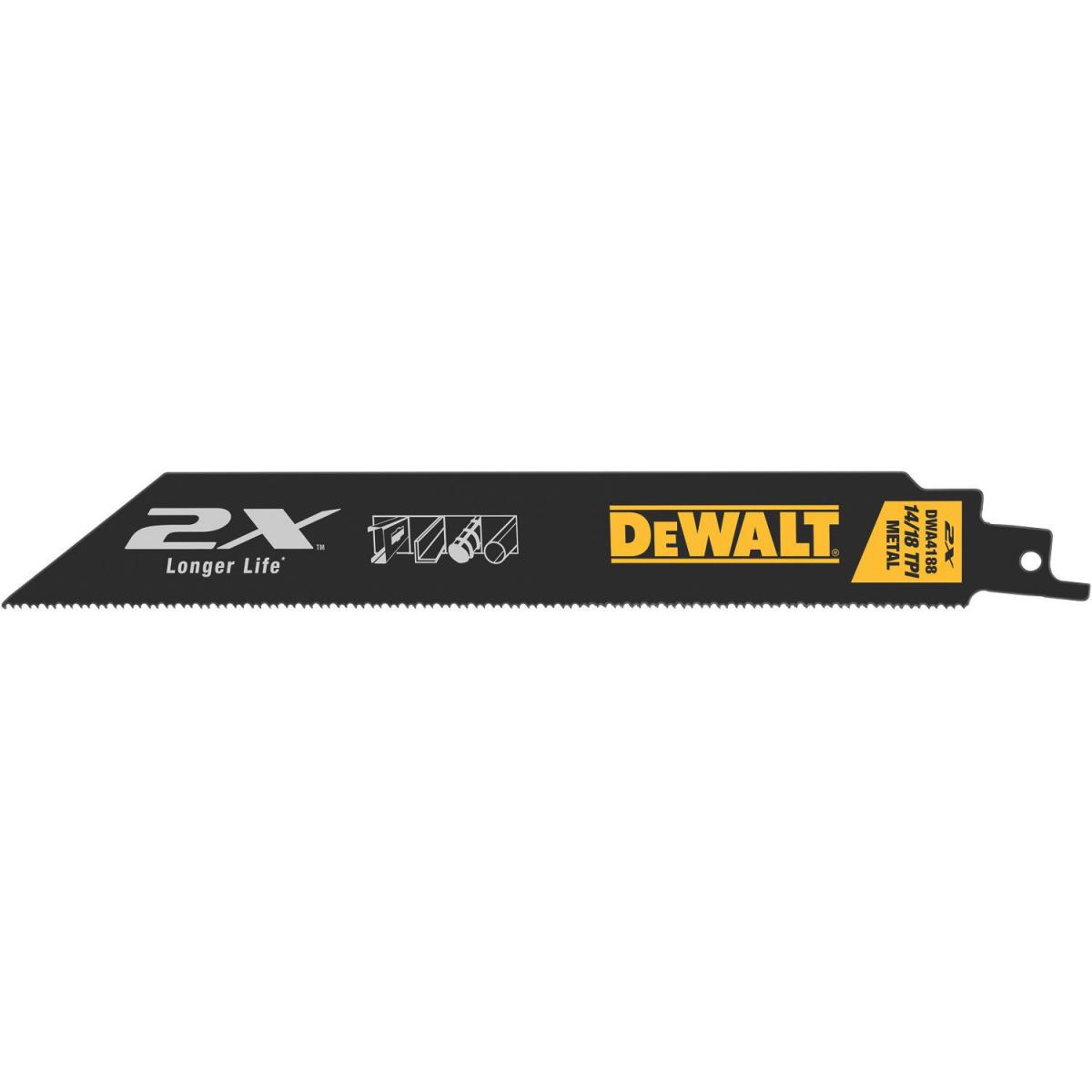 The material the blade is made of is a tradeoff between price and longevity. Blades made from stronger material cost more to manufacture, but last much longer. Cheaper blades are not always the better deal. 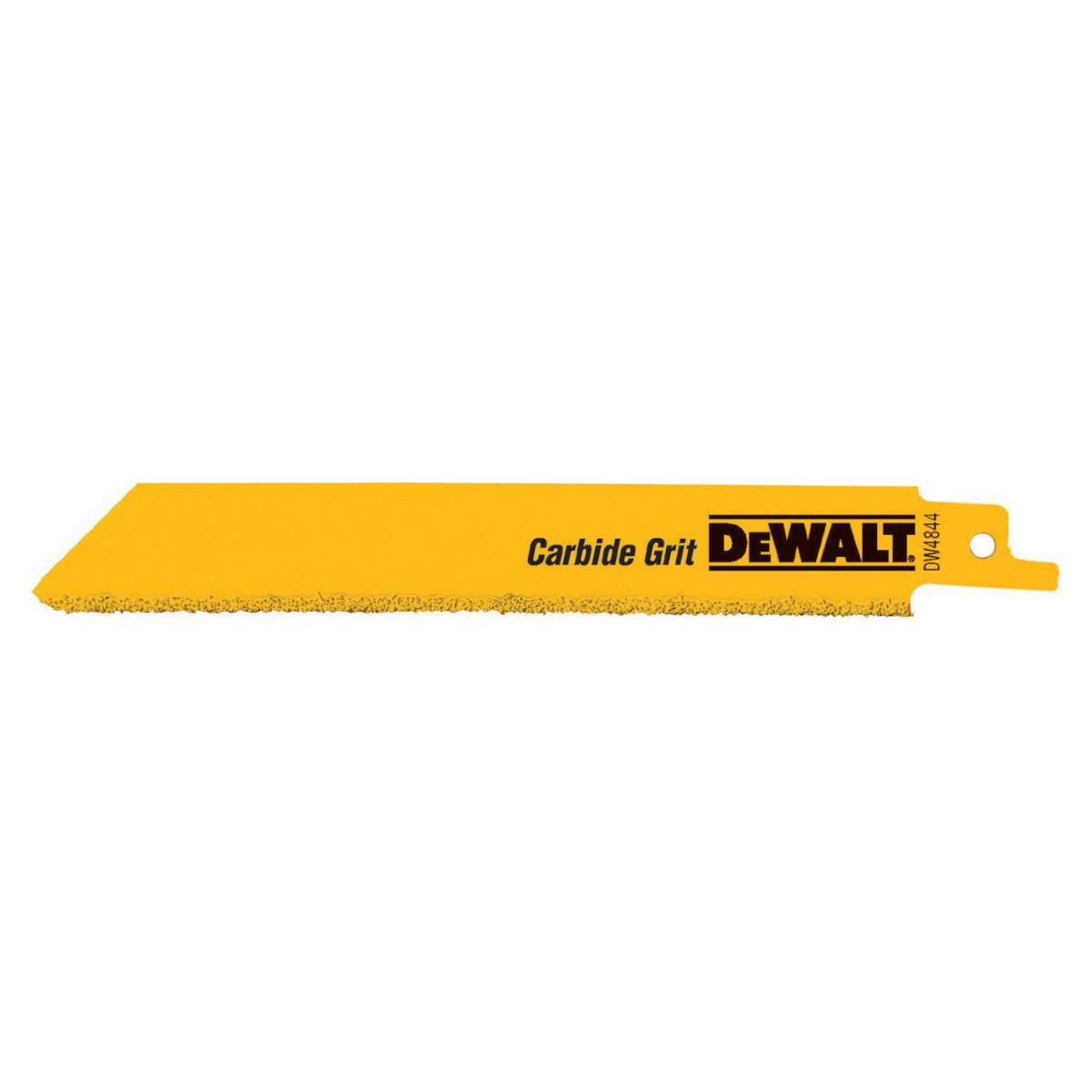 The material of the cutting edge of the teeth determines much of the blades longevity and choice of material it can cut. There are several choices to consider.

Metal Teeth: The teeth on most blades are formed from the same material the blade itself is made from. This allows for fast, economic production, but does not result in the best blades. For these types of blades the choice of blade material is very important.

The pattern that is formed by the way the teeth are attached to the blade influences the speed and quality of the cut. There are two common tooth patterns. 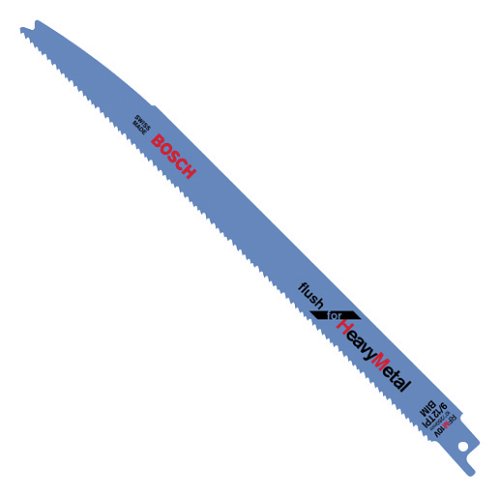 The blade length determines the maximum length of cut that can be made with the blade. Pruning blades, for example, are long blades. This allows the arborist to remove large branches from trees without having to make a plunge cut. Metal blades for plumbing are relatively short. Cooper lines are rarely larger than 1". The short, rigid blade excels at making the straight, clean cuts that are needed for a watertight joint.

The longer a blade gets, the easier it becomes to bend the blade during a cut. A short blade creates a cleaner, more square and true cut than a longer blade. Attempting a plunge cut with a long blade almost always ends with a bent blade.

The blade thickness determines how well the blade resists bending. Blades made for critical applications are thicker. These blades will leave a square cut and won't quit before the cut is complete.

Economic blades are as thin as possible in order to keep costs down. Ideally the blade resists bending only as long as teeth on the blade keep cutting. Any extra rigidity is wasted material and money. If used carefully a thin blade can save money.

If you do not want to worry about all these factors, a general purpose blade with be your best option. These blades try to offer good cutting performance in as wide a range of materials and situations as possible.

Our favorite is the Bosch RDN9V 9-inch 5/8T blade. Technically a demolition blade, Bosch has created a solid performer as a reasonable price. This blade will cut through wood without trouble, and perform decently in metal. I keep a pack or two in my saw case. More often than not the Bosch RDN9V is the best blade in my arsenal for the job at hand.

You can save yourself a lot time by choosing the correct blade for your reciprocating saw. Choosing a blade rated for the material you want to cut is paramount. If you do just that you will get decent performance and longevity out of your blade.

If you want to pick a blade that will get the project done the fastest while lasting the longest, you have to pay attention to the blade material, TPI, tooth material, blade length, and blade thickness. Take the time to study the market the first time around. Soon you'll have your set of goto-blades you'll use on every project.